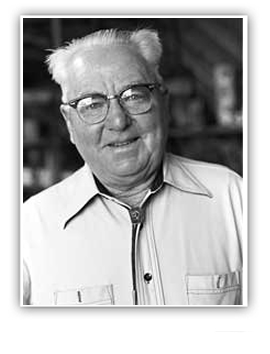 Lyle McNeill and his wife, Mildred, were my across-the-street neighbors. Because of their independence and our mutual respect for each other’s privacy, coupled with my shyness, our friendship was slow to grow. We didn’t seek out each other’s company. No dinner invitations or afternoon coffee. It was more along the lines of…

Then it progressed to…

“Say, I’m going to be out of town for a week. Just wanted to let you know.”

“Sure. I’ll be glad to keep my eye on your place,” he’d reply casually.

Then it progressed to…

“Say, I’ll be visiting my folks from May 15 to the 30th. My sister is the only one you might see going in and out.”

After I’d been living there for about eight years, I might drop by at lunchtime and grab a couple of his Fig Newtons while Lyle ate and Mildred and I talked about flower gardens.

But first we teased each other. “Lyle, have you got your hearing aid in? I need to ask you something.” He would grin and pull it out from the pocket of his overalls and stick it in so he could hear me. “And sure, have a Fig Newton,” he’d say.

The friendship was cemented, not so much with talk as with deeds, mostly his.

When I built my darkroom in the shed behind the house, I needed to find the water line. The plumbers and I wandered around scratching our heads. Lyle ambled over, as he often did when I was outside splitting wood, shoveling snow, or otherwise messing around in the yard. I can’t remember his ever knocking at the door. That’s what his kitchen window was for. He came by only after looking out his kitchen window and seeing me in the yard.

“Lyle, you’ve put in every water line in this town. Surely you know where this one is.”

He walked back across the street, and I tagged along. In a shelf in his garage crammed with tools and construction equipment, Lyle pulled out two long copper rods, bent the ends with a pair of pliers, and strolled back across to my lawn with them.

Lyle McNeill was a water dowser.

It might not seem much of an accomplishment to some, but when you’re seeking an obscure water line in the confusion of Crested Butte’s underground pipes, it’s a gift.

Owner of Mac’s Backhoe Service, a heavy equipment company, Lyle personally laid almost every water pipe in town. If he couldn’t find it either through dowsing with his copper wands or from memory, it probably didn’t exist. In this case, it existed, although it wound a circuitous underground path from the alley to the house.

After he found the line, he challenged me to do the same with my eyes closed. And sure enough as I intersected the line buried deep under the grass, those copper rods quivered in my hands and crossed themselves.

The contents of his garage pulled me out of a jam more than once. Over the years, I borrowed a battery charger, wire brush, crowbar, and a wedge to pry open the round of wood in which I had jammed my maul. Every time I knocked on their back door asking for help, Lyle delighted in opening the door of an old freezer in which he had stored the contents of three or four normal-sized tool chests. Everything was neatly laid out on the freezer shelves and easy to get to. Lyle’s garage was a mini-hardware store. After twelve years in the construction business and twenty-seven years as the Gunnison County road foreman, Lyle had collected every nut, bolt, screwdriver, wrench, and tool known to man. There was barely enough room for their car and Lyle’s precious snowblower. His pick-up truck sat outside in the driveway. 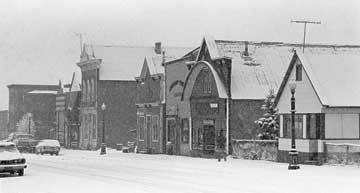